Charitable organizations hold a unique position in the United States.  Because they provide a valuable benefit to society, they are exempted from paying income taxes on their net earnings.  This exemption was incorporated in the U.S. federal tax code in 1913.  In 1924, the U.S. supreme court supported charitable entities exemption based on the fact, as they stated, that the public derives a benefit from their activities which is not conducted for private interest or gain.  In addition, in 1917, because there was no financial incentive to support charitable organizations, the government allowed income tax deductions for contributions made.  However, with more privileges came more scrutiny by the government over charitable organizations activities and reporting.

In order for a donor to claim a tax deduction for any cash or non-cash contributions, he or she must maintain written documentation in the form of a canceled check, receipt or letter from the recipient charitable organization.  For any single cash or non-cash contribution of $250 or more the donor must obtain a contemporaneous, written acknowledgement of the contribution from the recipient charitable organization.  If the contribution is in the form of non-cash goods the written statement must contain the following information:

à Name of recipient charitable organization and date of contribution

In the case of donations in excess of $75, where the donor receives something of value in return for their contribution (known as a quid pro quo contribution), a charitable organization must provide the donor with a written statement informing the donor of the amount of the contribution that is deductible for federal income tax purposes and a good faith estimate of the value of the goods or services that the donor received.  A typical example of a quid pro quo charitable contribution is the purchase of a ticket for a fundraising event.  If the ticket cost is $100 but the ticket purchaser receives food and drinks with a fair value of $65 then the portion that is deductible as a charitable contribution is $35 ($100-$65).  Since the total donor’s payment exceeded $75 then the charity must provide a written statement that states something like: “Dear Mr. Doo Gooder – Thank you very much for your purchase of a ticket at our Annual Fundraiser Event in the amount of $100.  Be advised that the exchange value for goods received equaled $65.  As such, $35 is eligible for a charitable contribution.”

Reporting charitable contributions properly on an annual basis is necessary to validate the reason for an organization’s tax exemption and to ensure that payments received are in-fact contributions and not hidden quid pro quo or related party transactions.

Form 990, Schedule B – The IRS requires that charitable organizations disclose the names, addresses and amounts of donations received from individuals, trusts or corporations and foreign NGOs, over a certain dollar threshold on Schedule B.  This is done to ensure the public support test mentioned above is being met and that multiple gifts from the same donor are not being hidden.  This is also done to substantiate that donations are not related party or quid pro quo transactions.  The dollar threshold for reporting donations is $5,000 unless a charitable organization is exempted under IRS code sections 509(a)(1) and 170(b)(1)(A)(iv).  For those charitable organizations the dollar threshold is the greater of $5,000 or 2% of the total contributions, grants and membership income received during the year.  For example, if total contributions, etc. for the operating year equals $700K, only donations from a single donor over $14K would be included on the form ($700K X 2%= $14K).

It is no surprise that many donors are uncomfortable with the fact that their names and addresses, not to mention the dollar amount of donations, are reported on Schedule B.  Many donors would like to remain anonymous and not have their donation reported to anyone.  However, as previously mentioned the IRS is mandated with the responsibility of fair reporting, tax compliance and enforcement and as such, requires that charitable organizations report to them the source and amount of certain contributions on an annual basis.  The IRS does recognize that disclosing certain information to the general public could have negative consequences to donors and therefore mandates that Schedule B is not be open to public inspection. 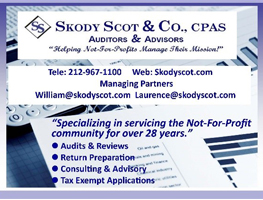 Thank you for contacting us.

SOMEONE WILL RESPOND WITHIN 24 Business Hours